Remember the remote-control slot-car racetracks you played with as a kid? Well Tiny Trax, by FuturLab, is about to take you back to your youth and put your track on your TV in glorious VR! 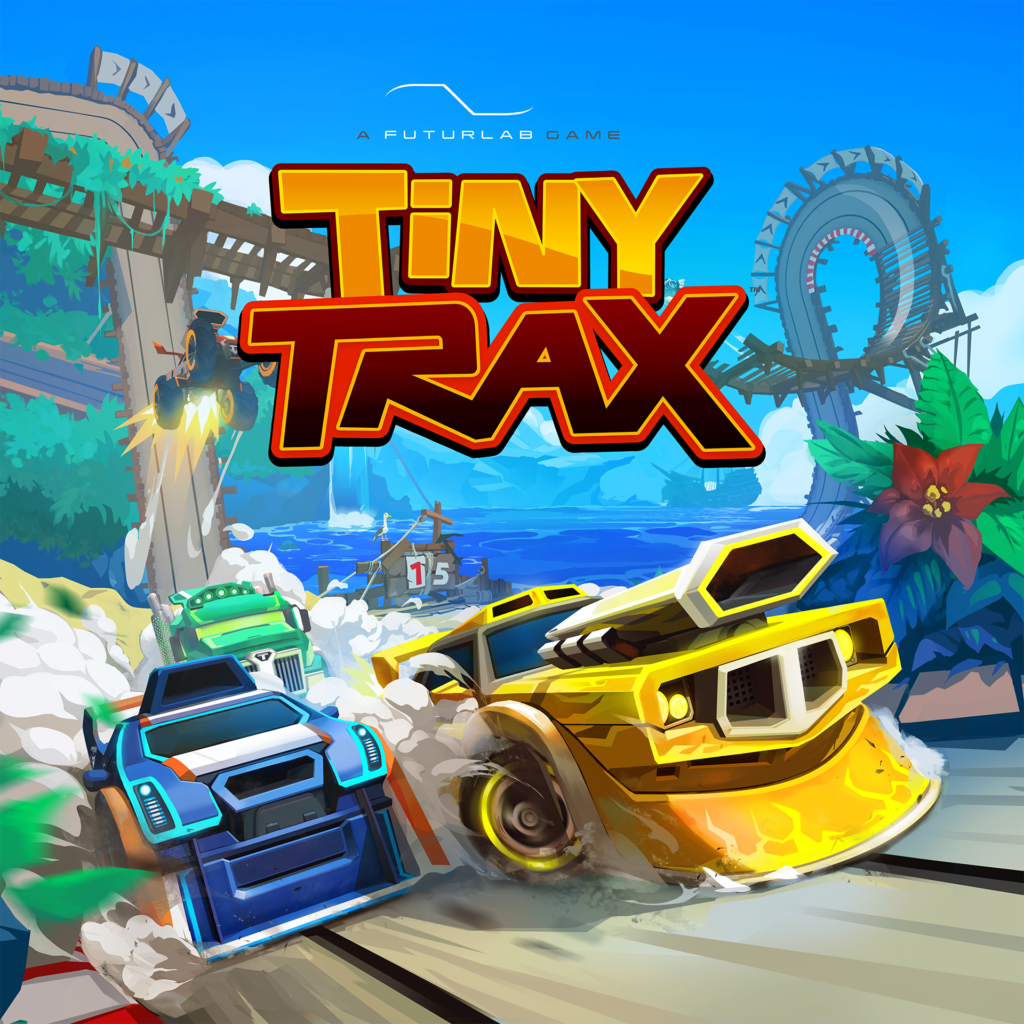 PlayStation’s newest VR game just came out 7/25/17 and its already a top viewed stream! We got our hands on the game at E3 and had so much fun with it. When we got our review copy we pretty much haven’t been able to put it down – except with we get a little VR queasy (which, let’s face it, happens – especially in racing games).

There are 12 tracks to choose form all with different themes. From tropical paradise to space to pirates and an underwater track (our current fav). You choose the track and race against AI or friends. 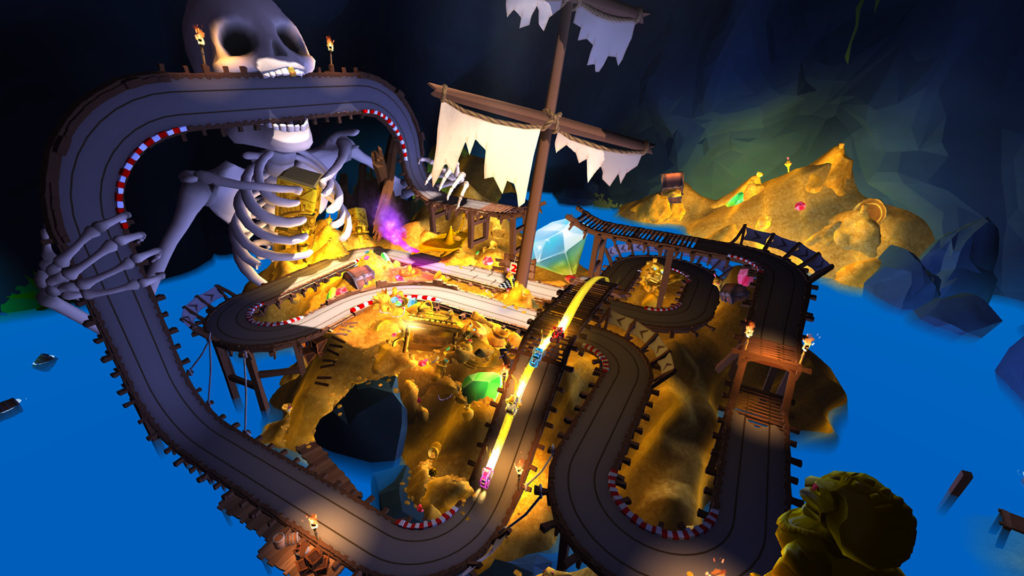 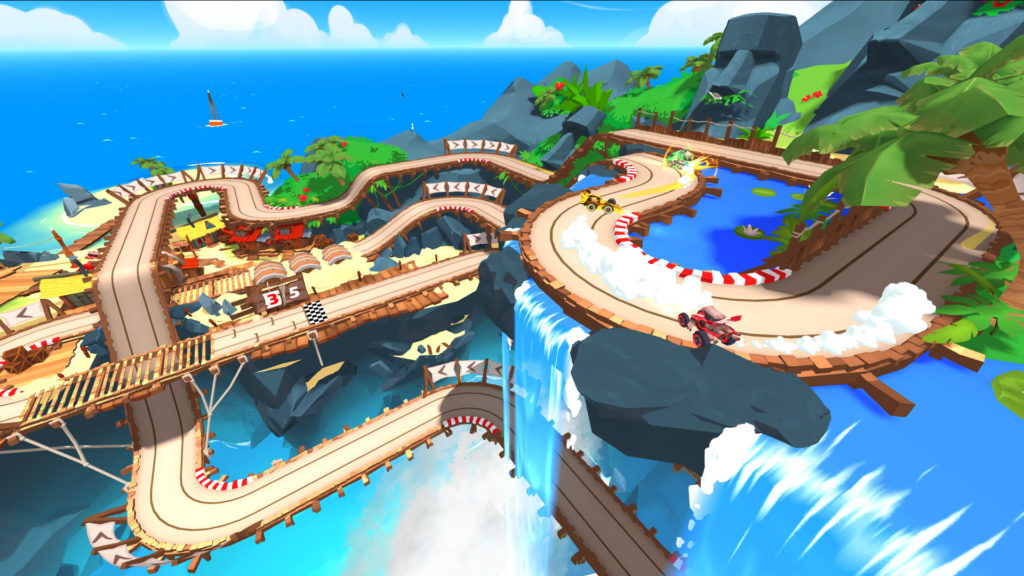 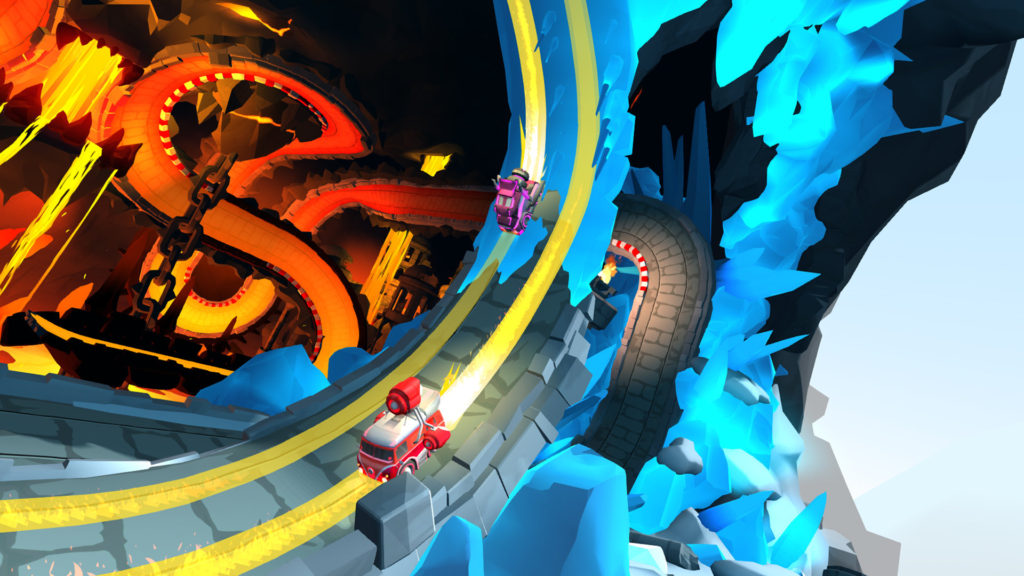 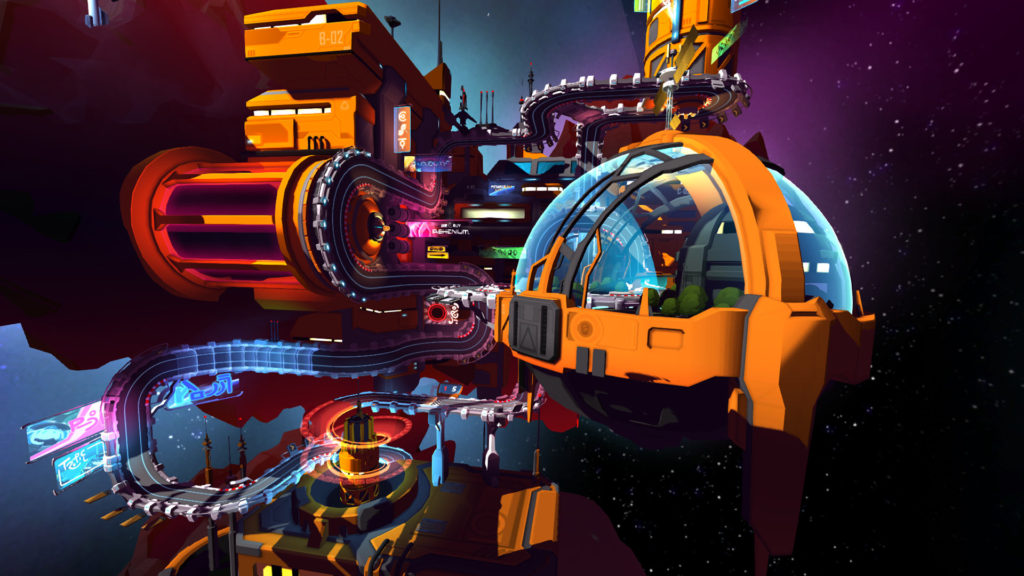 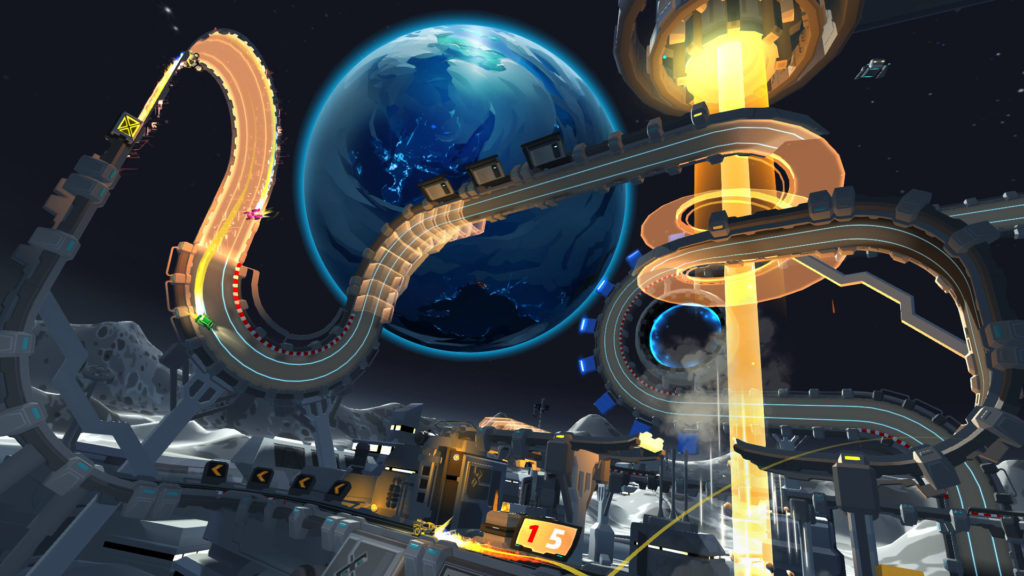 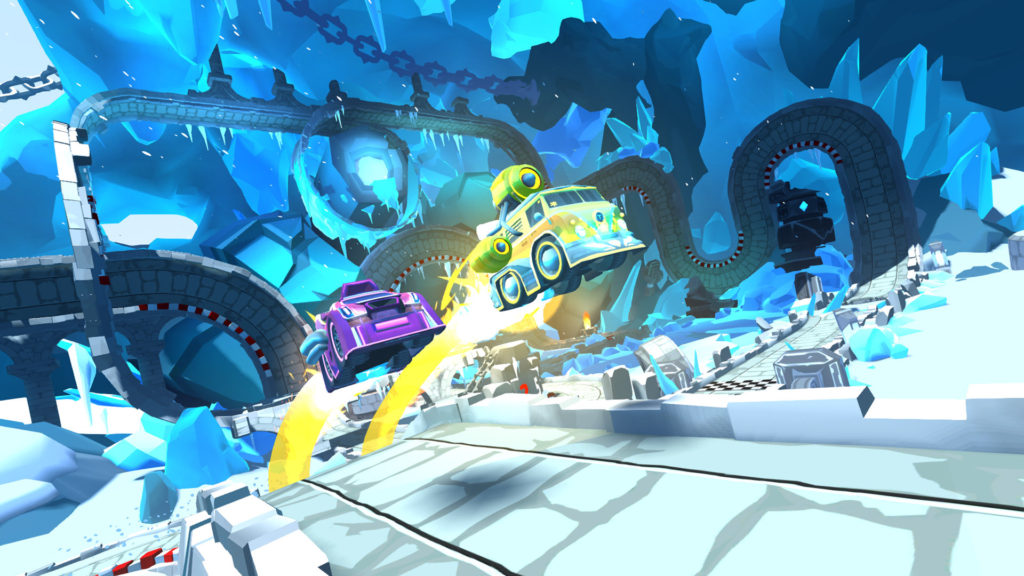 The tracks run horizontally as well as vertically and have cool loops and jumps. The cars have a fun cartoon-like quality and you can drift, recharge and gain certain boosts as you play. You have 6 cars to choose from and then have the option to load in against AI or race against up to 4 friends. Unfortunately, we only raced against AI as no one we know had the game YET. I say YET as its just now been released. When you play the cars literally seem to be in front of your face/nose – it’s CRAZY. We had a lot of fun.

In future updates, we would love to see more tracks, the ability to join other players in a lobby without having to be friends with them as well as a larger assortment of cars. It would be great if they released a DLC where you could build and create your own wild tracks, too.

Check out the trailer here and keep an eye on our Twitch channel for some new videos (coming soon).

Tiny Trax is available now for $19.99, or $17.99 with a PS Plus membership and is a PlayStation exclusive game.