Fortnite Early Access is Here! Check out our First Impressons

Fortnite is goal driven build and defend against zombies co-op game. You are one of the heroes and are on a mission to help build your own base of operations – in stages as you progress through the game – by completing co-op play achievements and gathering much needed resources. I’m oversimplifying it, but that’s it in a nutshell. Here’s the trailer.

We got the Early Access addition and have been playing it almost non-stop for a week now. Pretty safe to say I’m a little bit addicted.

The tutorial is ok – a few things we had to figure out on our own – but it basically throws you right into the action from the start of the game. You have the ability to pick form 4 Hero types:

Your job is simple: take back the world that has been victim to an apocalyptic storm. You’re basically fighting enemies called Husks as well as other boss-like enemies that appear as you progress through the game. To fight them, and take back areas, you have to build structures to protect main goals and stay alive through all the waves of husks. 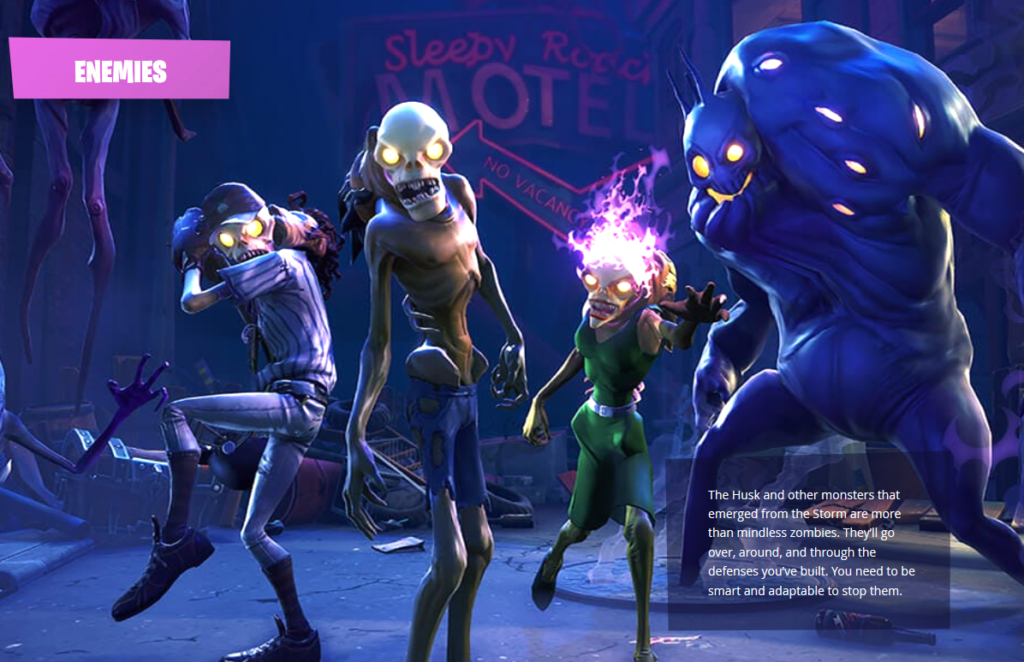 Each time you complete a goal you are rewarded with different heroes, survivors, defenders, weapon schematics, resources and llama piñatas (that you can whack to get even more resources).

We have several gameplay videos up on your Twitch channel, which you can access here.

We love this game – seriously. Its very addicting and fun and a refreshing change from the recent AAA flops that have come out this Spring/Summer.

Fortnite is currently available for Early Access purchase for PlayStation 4, Xbox One and PC/Mac. There are SEVERAL different versions of the game that you can buy. Details can be found here.

The free version of the game will be available at some point in 2018.