Skip to content
Naughty Dog, PlayStation, The Last of Us

The Last of Us: American Daughters – The Easter Egg Seen ‘Round the World

For those of you NOT playing Uncharted 4 – SPOILER ALERT!! (and… um… why the hell aren’t you playing this awesome game yet?!)

For those of you PLAYING Uncharted 4… how fucking cool was this Easter egg?? Haven’t seen it yet?? Well, sit back, relax, and let us tell you all about it.

Naughty Dog is known for cool Easter eggs (remember THe Last of Us newspaper Easter egg at the beginning of Uncharted 3??) BUT this is by far the coolest. So, in the Epilogue of Uncharted 4 this Easter egg can be found in Cassie’s room. Cassie – again, SPOILER ALERT – is Nate and Elena’s daughter. After you finish playing Crash Bandicoot the second time you see a poster on Cassie’s wall in the back of the room. The poster clearly shows a pregnant woman in a gas mask (Ellie?? Ellie’s mom??) and the poster bears the title The Last of Us: American Daughters. Here’s a screenshot: 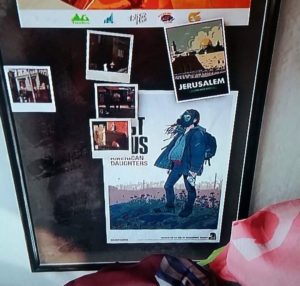 So of course now that Naughty Dog is done with Uncharted 4 we fully expect the sequel to The Last of Us to be announced at E3. We don’t know if American Daughters will be the title – if you remember late last year Sony trademarked Days Gone which many people believed to be the next game in The Last of Us series.

Of course this is all speculation and rumor… but they didn’t just put that poster in there for the hell of it… Neil Druckmann is a smart guy… and there’s more coming from his team on The Last of Us.